To share your memory on the wall of Pompilio De Francesco, sign in using one of the following options:

Peacefully passed away on October 28, 2020 at St. Joseph Health Centre, Guelph at the age of 90 years.

Pompilio lost his beloved wife of 56 years, Angelarosa “Rosa” in 2009.

Peacefully passed away on October 28, 2020 at St. Joseph Health Centre, Guelph at the age of 90 years.

Pompilio lost his beloved wife of 56 years, Angelarosa “Rosa” in 2009.

Will be fondly remembered by his brothers Salvatore (wife Filomena) and Vittorio (wife Maria).

My Story by Pompilio De Francesco

I was born in a little town in Italy called Guardiaregia, in Molise, in the province of Campobasso, on December 4, 1929. I grew up in the forested mountain area and I scrambled to get a 5 year elementary education under Mussolini’s dictatorial fascist regime. At the end of my last school year, Italy entered the Second World War with the rest of the nations....

I was tense and stressed during World War II; food was scarce for my family and all the townspeople and the rumble of the war planes that filled the sky every day echoed in my head. My grandfathers had travelled to North America earlier in the century and told me stories of how rich and beautiful North America was. They had made some money working in Canada and the USA before they returned to Italy. In their mature age, they saw that they had made mistakes in North America and in their return to Italy.

We were brainwashed by Mussolini’s propaganda. We were told that Italy needed to find its“place in the sun” among the nations by expanding into places like Somalia and having its own empire. Italy had high population density. It was up to 700 people per square kilometre around Lombardy and 500 around Naples, but Canada was said to have only 1 person per square kilometre. They told us that Canada was a country with great resources but a small population of around 10 million, and that even with the short Canadian growing season there was plenty room for all of us who were scraping together a living in Italy.

During World War II, 1943 was the worst of all years. When I was 13 years of age, in the middle of October, the Germans retreated. Ten hours later, a company of 20 Canadian soldiers arrived in town. It seemed that the danger of war was over but this was only a short dream… Yet, it didn’t take long to
notice the difference between the Germans and the Canadians. The Germans demanded food from us with threats, but these young Canadian guys asked for fresh milk, eggs or a bottle of wine in exchange for warm blankets, underwear, pants, and shirts. This reinforced my concept of Canada and the hope to someday move west as my grandfathers did.

About ten years later, in the 1950’s, some stone masonry workers from my home town went to Canada. According with Canadian immigration law, contractors from my hometown had first settled in Canada between 1920-1925. They were the De Carlo brothers and they had sponsored quite a few people who were qualified stone masons. This second wave of emigration in the 50’s was the turning point for all of us born in Guardiaregia. People with last names like Pallotta, De Francesco, Rotundo, Albanese, Vecchiarelli, De Carlo, Sampogna and many more left for Canada. My turn, Pompilio De Francesco, arrived when I was sponsored by my father-in-law, Domenico Nicolangelo Rotundo.

I boarded the transatlantic ship Augustus with my family on the 2of March 1958 in Naples. This was a happy adventure for my wife Rosa (Angelarosa) and our daughter Carmela. We had a little room with bunk beds and a small sink. My wife and daughter saw their first films on the trip. My wife would always remember watching“Via col Vento” (“Gone with the Wind”). On the third day of travel, we found ourselves on the Atlantic Ocean with a high turbulent sea. Many people were sea sick during the voyage, but my family and I made it to Halifax in good shape. It felt good to put our feet on terra ferma in Canada on March 10, 1958.

The weather in Halifax was cloudy and gloomy, however, this did not dampen my spirits. The first thing I did was enter a food store. I was impressed with the variety of food I saw, but I was going to Toronto, Ontario. We boarded a train and in Toronto, we stopped at beautiful Union Station. We saw Queen’s Park, City Hall and the Bank of Canada Tower. We went to live in a flat on Earlscourt Avenue. With lots of determination, I put my family on solid ground without any help, taking any work I could find. In the summer of 1961, I went to Thompson, Manitoba for three months to work for Inco.

Although the wages were good, I was reluctant to bring my family there as there was no college or university for my children to attend when they got older. Returning to Toronto, I found a job with the Oshawa Group where I happily worked for 31 years.

I am now 80 years old. When I reflect on my life in Canada, I can say that I was a determined young man who worked hard. My wife stayed home to look after our four daughters who all went to college or university. I thank God because He took me by the hand and guided me to Canada, land of plenty.

(Please see the link below to reference this fascinating account in our father's own words)
https://pier21.ca/content/the-immigration-story-of-pompilio-de-francesco-italian-immigrant
Read Less

Receive notifications about information and event scheduling for Pompilio

Donations are being accepted for: ST. JOSEPH'S HOSPITAL.

We encourage you to share your most beloved memories of Pompilio here, so that the family and other loved ones can always see it. You can upload cherished photographs, or share your favorite stories, and can even comment on those shared by others.

Posted Oct 30, 2020 at 10:30am
Dear Letizia, Carmela, Filomena and Nicole and family, we offer our deepest condolences on the passing of your father. Your family has many wonderful memories to share and cherish, he will always be with you in your hearts. " When someone you love becomes a memory, the memory becomes a treasure."
Keeping you all in our prayers. Love from Enzo and Mary Pallotta and family.
Comment Share
Share via:
JC

This is a tribute a truly remarkable human being, to his life and amazing journey, my Nonno Pompilio.

My fondest memories were at Crabtree crescent... our home away from home.

Where we all spent countless hours together. Where family members would take their seats around the dining room table and indulge in delicious homemade cookies and beautifully preserved pears and cherries from their expertly maintained garden, while intently listening to fascinating childhood stories; the struggles and hardships faced from a very young age unimaginable.

That may have given him a tough exterior but he was a family man at heart.
Nonno taught us many valuable life lessons. To work hard, to be honest and stay humble, to never be greedy, to live simply, to take care of one another, and to remember and honour God each and every day.

After Nonna’s passing and more recent visits, Nonno would often speak of how lucky he was to have married the love of his life, Angelarosa Rotundo, the wind beneath his wings. He was blessed with 4 beautiful daughters, 3 son in laws, 8 grandchildren and 9 great grandchildren.

Most especially, he expressed how proud he was of each and every one of his daughters. All strong, independent, intelligent and successful. It always brought him to tears.

As difficult as it is to say goodbye, I think of how incredibly fortunate and blessed we as a family were to have had many years of special and cherished time together. All of the beautiful memories we have and hold dear, will live on in our hearts forever.

Posted Oct 30, 2020 at 07:56am
Dearest Carmela, Letizia, Filomena , Nicole and family,
Our deepest condolences during this most difficult time. Jim and I were sadden to hear of zio's passing. Distance may keep us apart but please remember you are always in hearts, thoughts and prayers.
A life well lived is a life surrounded by love and family. Your dad had both and that is clear through his life memoirs.
Thinking of you,
Ida and Jim Fitzsimmons

Posted Oct 29, 2020 at 11:18pm
Dear Nicole and Family,
My condolences go out to you and your family. What an interesting life your father had. So many memories to celebrate. Keeping you in my prayers during this difficult time.
Andrea Welsh-Devlin
Comment Share
Share via:
GL

Posted Oct 29, 2020 at 09:09pm
Dear Nicole and family,
We are so sorry to hear about your father’s passing. Keeping him and all of you in our thoughts and prayers. May the beautiful memories you have created together be a source of comfort during this difficult time.
Sincerely, Riccardo Lovisa, Dave, Gabriella and Family
Comment Share
Share via: 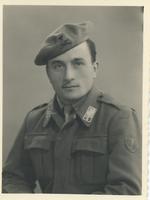 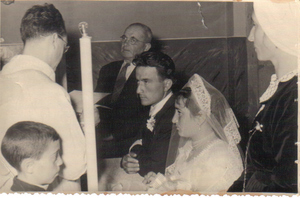 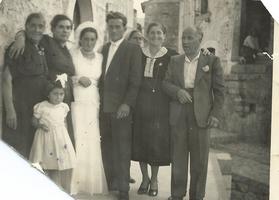 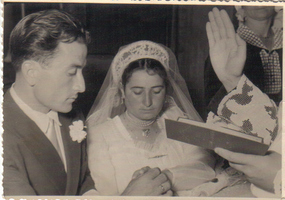