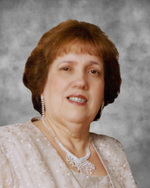 It is with heavy hearts that we announce the passing of our beloved mother Maria Jose Valerio on November 27th 2020.

She was born on October 12th 1947 in Ribeira Grande, Sao Miguel Azores. She married the love of her life, Jacinto Valerio on July 20th 1968. They had two boys Dinis and Pedro while still living in Portugal. However, with her two young boys in tow she joined her husband in Canada with hopes of a new life and greater opportunities for her young family. Once settled in the new country, they welcomed the birth of their daughter Maria.

Her family was her greatest joy and although she has now been reunited with her greatest love, the late Jacinto Valerio. She will be greatly missed by her children Dinis Valerio, Pedro Valerio and Maria McInnis. As well , as her daughter in law Zita Valerio and her son in law Blair McInnis. She was cherished by her grandchildren Isaura Valerio, Vincent Valerio , Emma Valerio, Julia Valerio, Mason McInnis and Sienna McInnis, who were the light in her life. She will be missed by many friends and family.