To share your memory on the wall of Gino Greco, sign in using one of the following options:

Receive notifications about information and event scheduling for Gino

We encourage you to share your most beloved memories of Gino here, so that the family and other loved ones can always see it. You can upload cherished photographs, or share your favorite stories, and can even comment on those shared by others.

Posted Nov 08, 2020 at 09:54pm
Our sincere condolences to Zio Gino's family and the entire Greco family for your loss. Zio Gino will always be remembered well as part of the Sto Stefano family, what fun we all had playing bocce at the may events held by the club he helped create along with my papa Giovanni and other paesani. May he rest in peace!
From Maria Di Cristofaro and Annita Gianfagna-Di Cristofaro
Comment Share
Share via:
FM

Posted Nov 08, 2020 at 01:36pm
Our condolences to the Greco family. We will always remember Zio Gino and his involvement and enthusiasm for the Club’s events and activities to pass on the traditions of Santo Stefano to the younger generations. May he rest in peace!
Filomena and Giovanni Marrelli and family
Comment Share
Share via:
AB

Posted Nov 08, 2020 at 10:43am
To the entire Greco Family, our thoughts and prayers are with you during this difficult time. I have fond memories of Zio Gino playing cards and bocce with our papa. We heard the many stories of their childhood together in Santo Stefano. They are together again now. May he Rest in Peace. Condolences to you all.

Posted Nov 05, 2020 at 07:49pm
Your dad was an incredible person who our entire family loved dearly. He will always hold a very special place in all of our hearts. On behalf of the entire Tomaro family, we send you and your family our deepest condolences. Our prayers are with you all. May he Rest In Peace and be reunited with Zia Antonietta and be reunited with my late family ❤️ xo Mario & Maria Tomaro and family!
Comment Share
Share via:
PB

Posted Nov 05, 2020 at 12:08pm
My condolences to you Rita, Gino, Nicki, Donna, and your families. Compare was truly a wonderful man I can't believe he's gone, just a few weeks ago I spoke to him, he would thank me 100 times for calling or just for visiting, this is how special he was. He will be greatly missed by everyone who knew him.
Rest in peace God took you home. 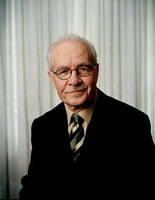 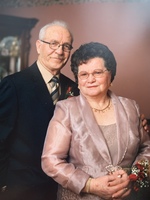 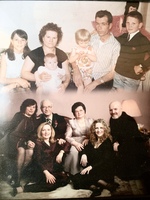